We give back 10% of our profit to support social causes.

Our team consists of critically-acclaimed filmmakers and talented creators.

We come from storytelling backgrounds including film, photography, multimedia, journalism, advertising, and marketing.

Our team consists of critically-acclaimed filmmakers and talented creators.

We come from storytelling backgrounds including film, photography, multimedia, journalism, advertising, and marketing. 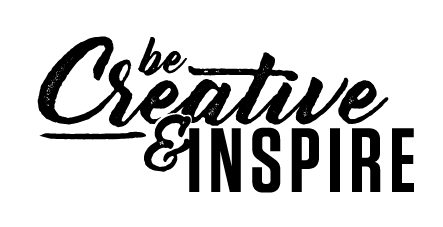 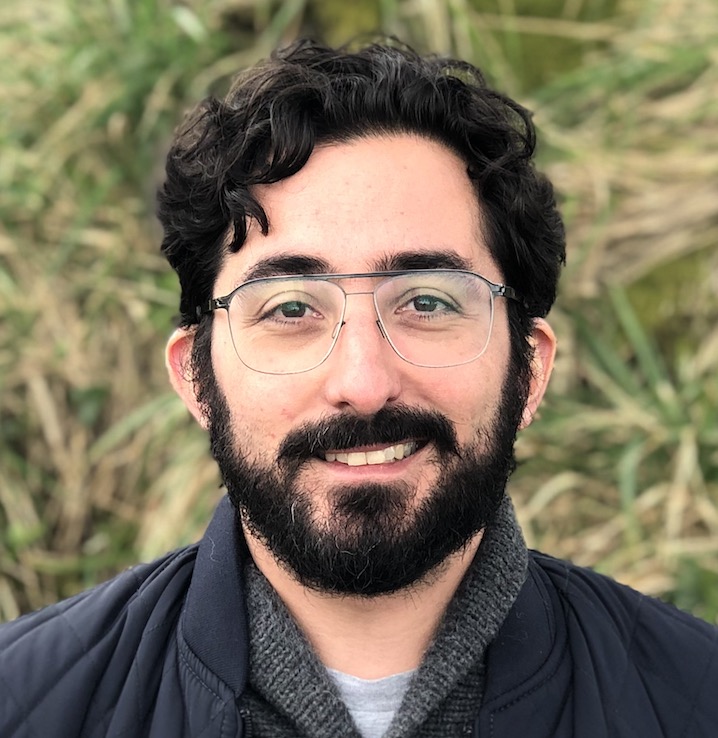 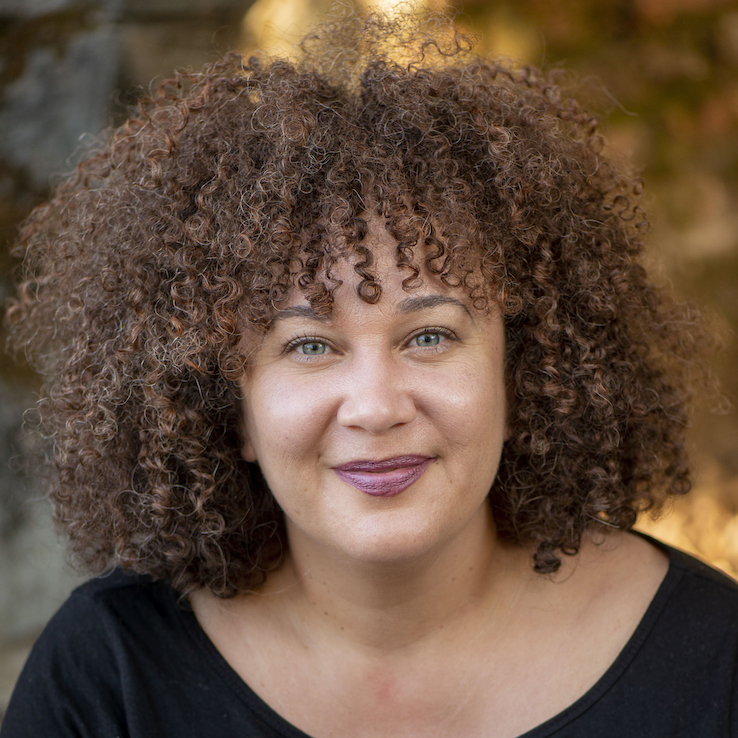 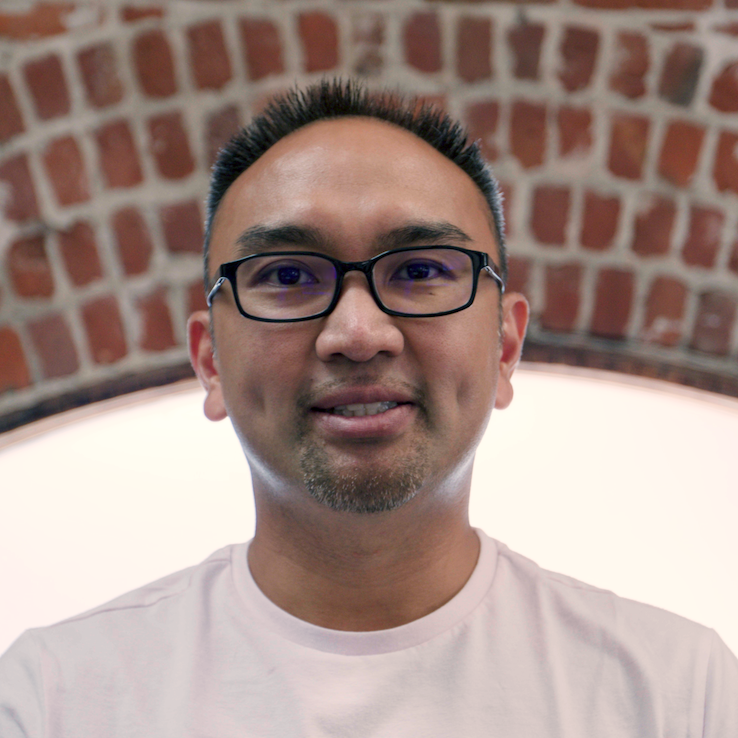 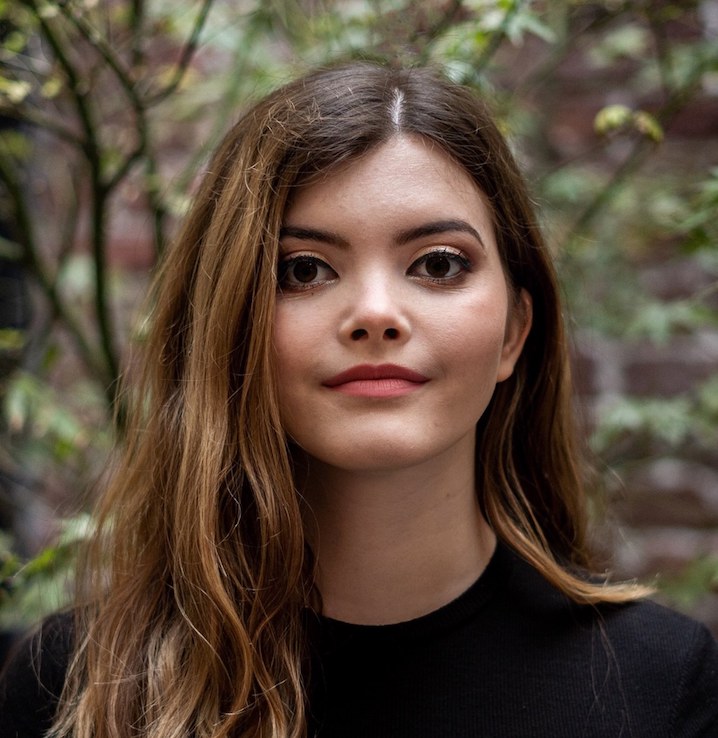 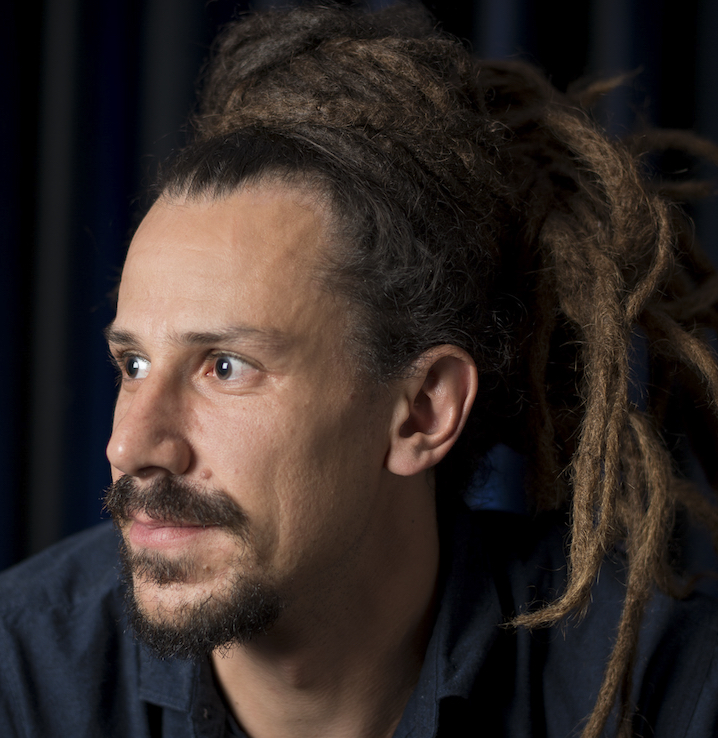 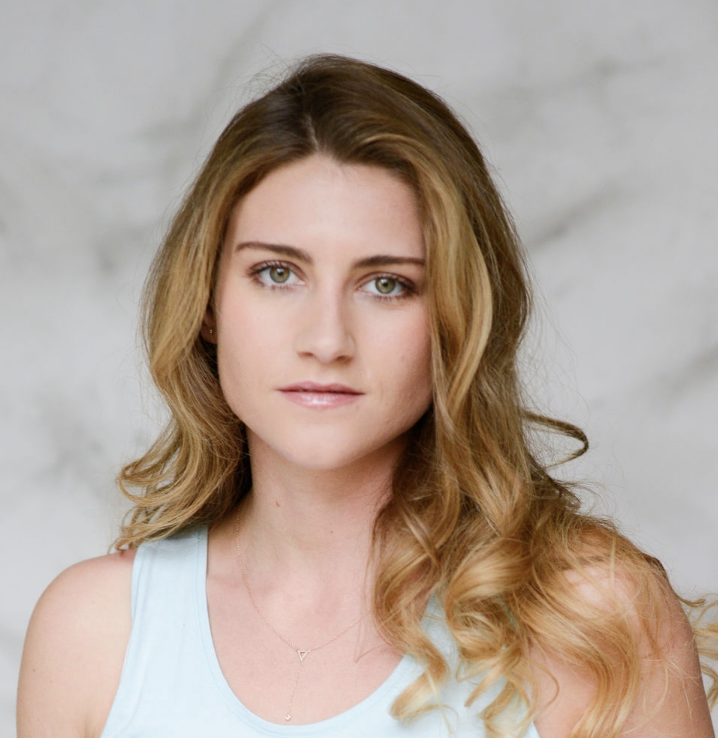 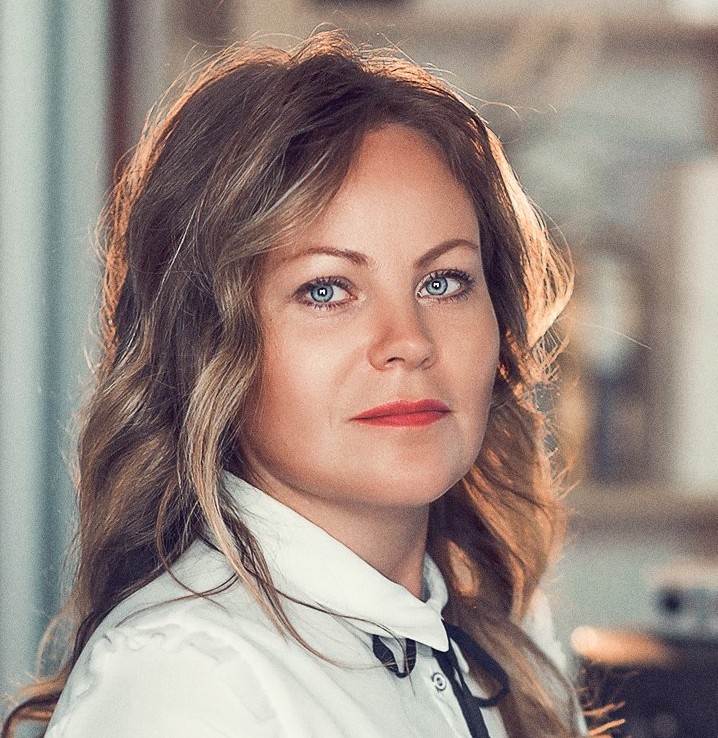 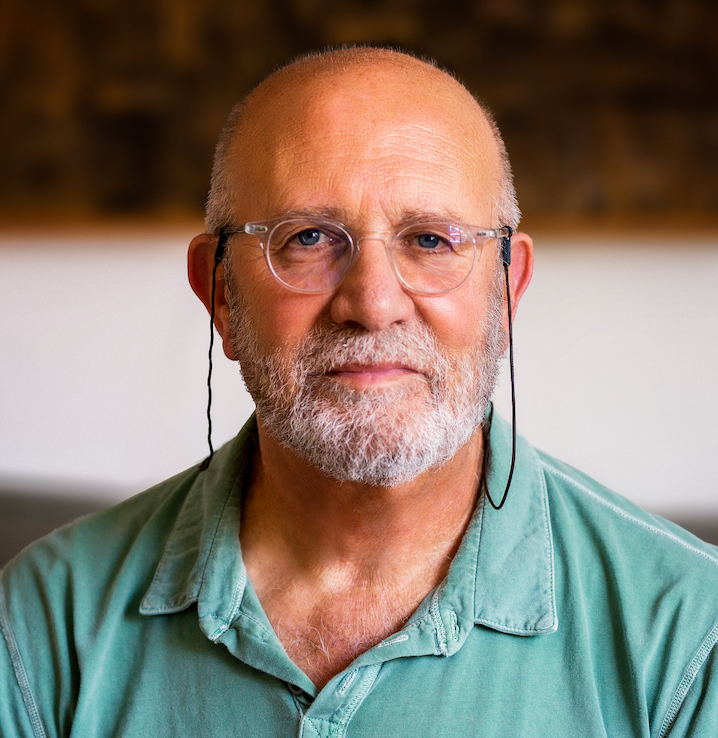 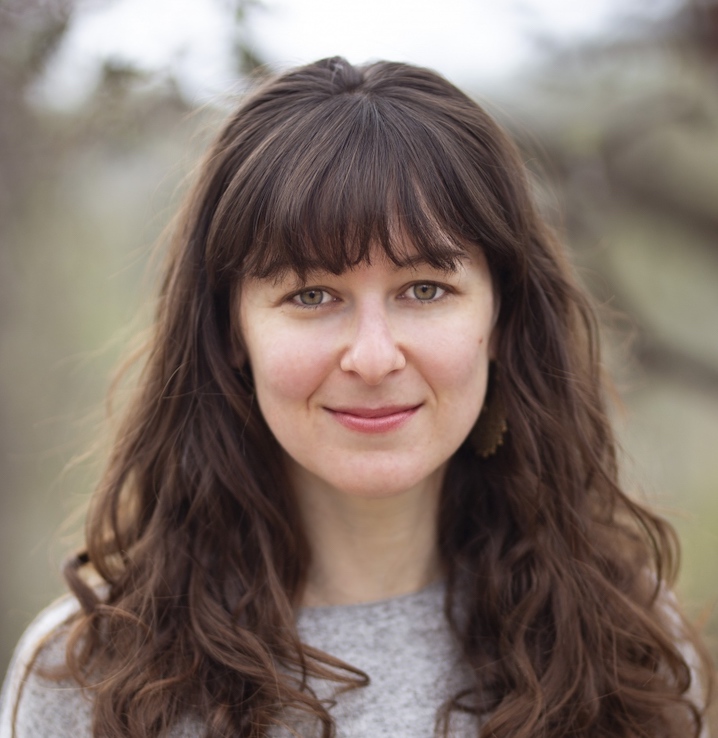 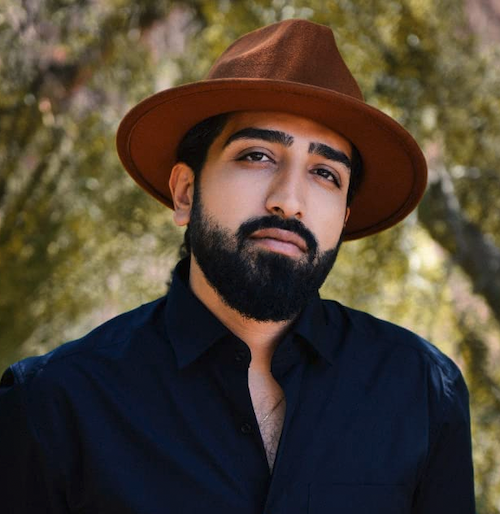 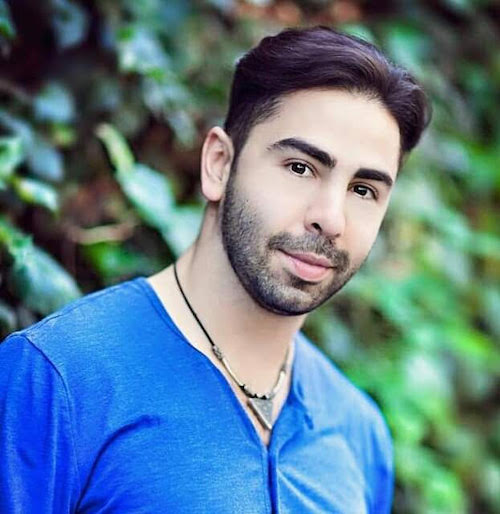 Whether you want to create a film, videos, or looking to improve your branding and digital presence, reach out to us and we will help you achieve your goals. 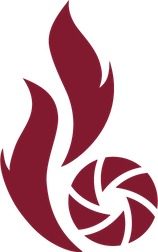 Apo W. Bazidi was born in Eastern Turkey to Kurdish parents. He grew up amid the social injustices and inequality that beset his community. These experiences drove his desire to become a storyteller so he could shed light on these important issues. After high school, he immigrated to the United States and went on to graduate with a Bachelor of Arts in Film & Television Production from the University of Southern California in 2011.

Apo's films are primarily concerned with social issues and the importance of global cultural interactions. His feature film, Resistance is Life, won eight festival awards including six for Best Documentary Feature. Apo believes in making a positive change through visual storytelling. His lifelong motto is to "be creative and inspire”. 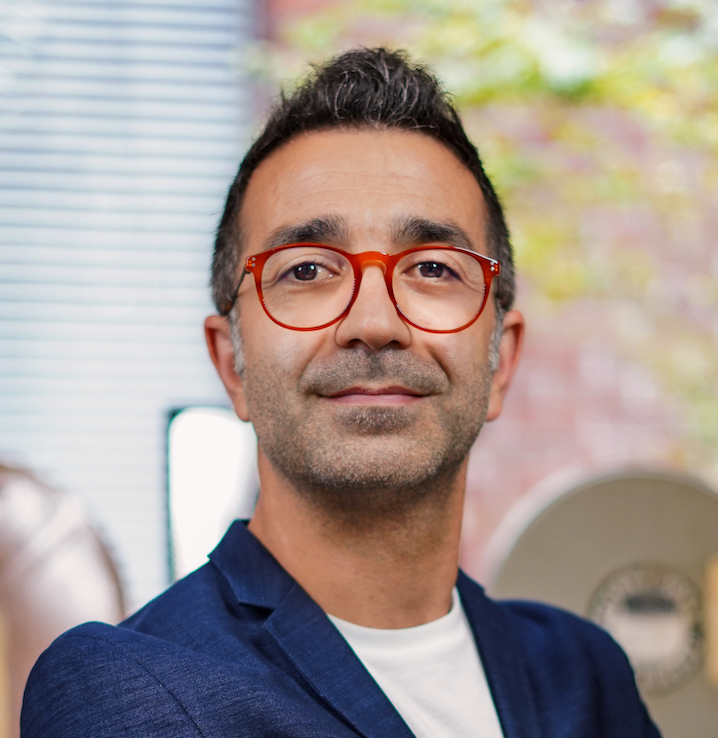 Goran Zaneti is a documentary filmmaker, producer and journalist committed to telling the stories of marginalized and at-risk communities. His strengths include careful attention to detail about relevant cultural nuances and historical issues. He pulls from his Kurdish roots and experiences as a second-generation American and activist to tell compelling personal stories that highlight the broader issues facing underrepresented people.

Goran studied documentary at the Graduate School of Journalism at UC Berkeley where he earned his Master of Journalism. His first directorial film is featured in Los Angeles Times and he has contributed to projects for CNN, KQED and The New York Times.

Goran also has extensive experience in Silicon Valley working for organizations in a wide range of technical and sales roles. He has a keen interest in the future of visual storytelling and technologies that can enable a more immersive experience. 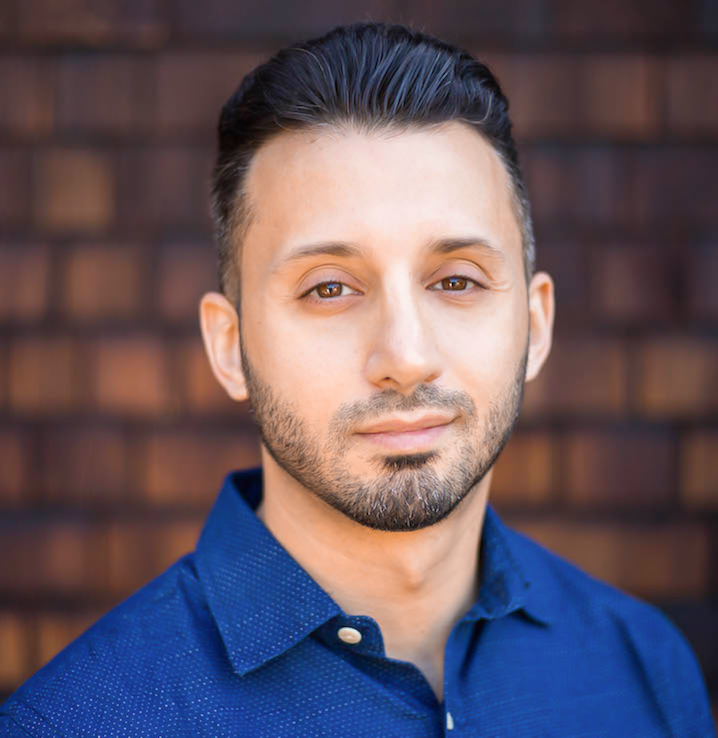 Matthieu Brajot is a San Francisco-based Art Director. His love of film and storytelling began at an early age and have greatly influenced his creative approach to advertising and content creation. From cooking a chicken in the stratosphere to exposing the plight of migrating snowmen, Matthieu loves finding inventive and compelling strategies for telling stories, and knows a little humor can go a long way.

His passion has allowed him the opportunity to work with top brands like eBay, Clorox, and Intel creating work that has won awards and accolades at Cannes Lions, Communication Arts and The Webbys.

Cassidy makes films that prioritize relationship, employ collaboration between filmmaker and film subject, and veer away from antiseptic plot lines in order to complicate narratives, and capture the authentic lived experiences of the characters.

His award-winning first feature, Circles (2018), was called "powerful" by Mother Jones, "must-see" by The Mercury News, and is being distributed by Lionsgate. He produced the documentary feature, Voices Beyond the Wall (2017), with Executive Producer James Franco. He has directed a score of documentary shorts, including Detroit Rising (2020) and, Finding Hope (2021). 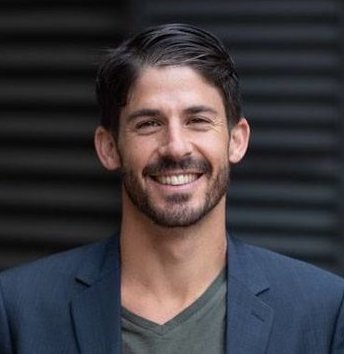 Born and raised in Kuwait, Omar Al Dakheel moved to the US at 17. After graduating with a BS in Broadcast Journalism and a BA in Theatre Arts, he went on to earn his MFA at the USC School of Cinematic Arts where he focused on directing and producing.

Omar directed Jihad in Hollywood and Al Imam. His short fiction film "Ablution" has gone to over 70 international film festivals including Austin Film Festival. Omar aims to tell diverse stories with universal themes that can bridge the gap between he east and west. 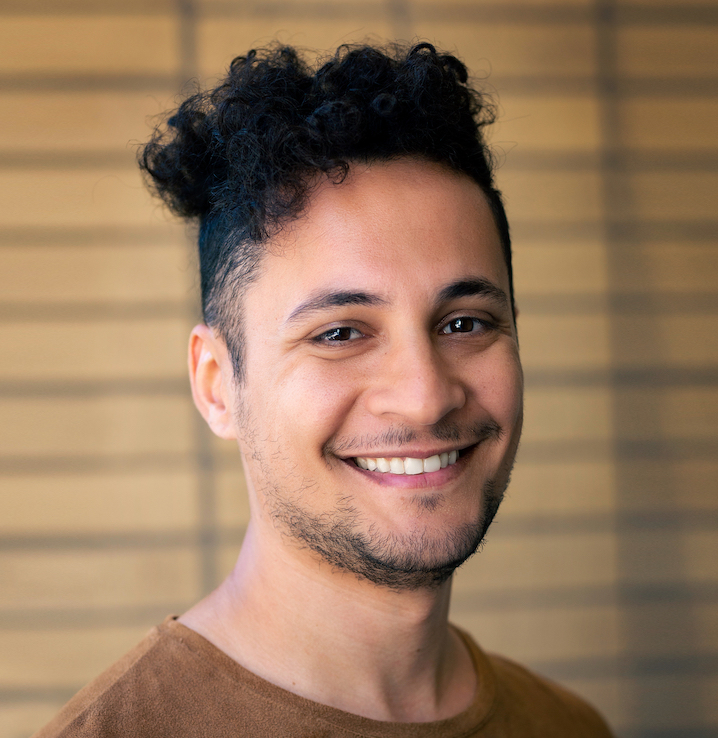 Julia Zuzanna Sokolowska is a NY Cinematography and KOMEDA award-winning composer, arranger and multi-instrumentalist. Since graduating from the prestigious Berklee College of Music, she has worked as a composer, orchestrator and arranger for many high-profile TV shows including the Tonight Show with Jay Leno, Empire and popular feature films like Book of Life, Divos! as well as a few upcoming Netflix productions.

Julia has also worked with major pop and R&B artists including Usher, Elton John, Rod Steward, Anthony Hamilton, Kendrick Lamar and many others. She is a founder of Hollywood Arrangers.

Courtnay Robbins is a Los Angeles-based documentary photographer. She received her BFA in Photography and Media from the California Institute of the Arts. Courtnay’s work has been featured in TEMA,Tricycle, OURS Magazine, Viewfind, The Argonaut, Pasadena Weekly and Playa Vista Direct.

She was shortlisted for the 2017 Lucie Foundation’s Emerging Photographer, was awarded Honorable Mention in the 2017 International Photography Awards and was recently featured in the Emerging Women in Photography Exhibit, sponsored by Canon, at Gré Gallery in Palm Springs. She is a 2018 Hermitage Artist Retreat resident.

Akam Rezaee was born in September 1989 in Mahabad, Iran. He began his career in film and production when he was 16 years old by making two short films. Those projects lead him to go to the institute of young filmmakers of Iran, to hone and enhance his technical and aesthetic skills. Akam now lives in Los Angeles with his family. He is an award-winning VFX artist and colorist.

Akam hosts his own Kurdish language podcast, The Last Word with Akam, which features guests including filmmakers, artists, and activists.

Colors, when used correctly, can guide the viewers' eyes to what's important; help to tell the story and completely change the mood and tone of the viewed artwork.

While studying at USC School of Cinematic Arts, Rustam dwelled into the world of visuals: cinematography, colors, and lighting. He directed, edited, and produced a dozen of music videos and narrative works which is where he learned the advanced craft of color grading.

Izabel is a graduate of San Francisco State University with a Bachelor of Arts in Cinema. As a visual storyteller, Izabel is passionate about creating socially conscious content that spreads awareness of mental health and women’s issues. She was previously involved in creative development work for BAYCAT in collaboration with San Francisco’s Bayview Anti-Abuse Coalition.

Her most recent personal projects include Dress Code (2021), an experimental film that sheds light on sexist dress codes that women are subjected to nationwide, and Housewife (2021), a film that challenges the traditional gender roles in society.

Victoria Beits is a music composer for films, TV, documentaries, games and other visual media. She was born in Russia and studied scoring for films at the prestigious Russian film studio, Mosfilm. She developed her skills further by studying under the London-based composer Michael Price, the composer for BBC's Sherlock series.

Victoria's professional skills include orchestration for full symphonic orchestra, sound design and sound mixing. She is passionate about blending orchestral instruments with synthetic sounds to achieve interesting, modern cinematic vibes, and explores experimental work in a search for new ways to bring emotion to picture.

Victoria has written music for top labels including Universal Production Music, RedCola, and APM and her music has been distributed for visual media all over the world.

Amber Allen-Peirson (also known by "Clarity") is a storyteller, a visionary, and a community activist.  Her life experience gives her an incredible sense of intuition, empathy, and creative healing skill. Amber is a poet who traverses between polarized worlds as a biracial woman, between Oakland and Marin County. Her background as an educator and a public speaker focused on supporting self-development and working in black and brown communities with youth to cultivate health, communication, and empowerment.

As a director, Amber is adept at inspiring individuals and communities to find the stories within their own experience and extract the wisdom and the power from their own narratives through workshops, lectures, and interviews. Amber sees the stories that few others can and focuses our attention on a full human experience.

Mark Gopez is a seasoned Silicon Valley growth executive and startup advisor. He's a builder of brands, products, and technology stacks. He's worked through several acquisitions and was also at One Medical before being traded on the NYSE.

His roots stem from Indonesia and the Philippines, where he's seen the crippling effects of socio-economic disparity throughout Southeast Asia. More recently, he's worked with Latin American healthcare startups and off-shore services, where he's seen similar inequities in Latinx communities.

Mark currently volunteers at not-for-profit organizations such as CASA, Sweet Farm, and Operation Surf. He's passionate about social justice and storytelling through the use of emerging technologies and new media.

Donato Bragagnolo is a cinematographer, photographer and filmmaker based in Los Angeles, California. Originally from Veneto, Italy, Donato came to the United States to study filmmaking at the University of Southern California and shortly after began a career in the film industry.

In addition to his experience on film sets, Donato has worked on award-winning documentaries such as Resistance is Life and Storied Streets.

He has also worked on projects for non-profit organizations such as Emergency, Blacksmith Institute, and the Himalaya Culture and Tradition Preservation Society.

Yuta Okamura is an award-winning filmmaker born and raised in Japan. At the age of the 3, Yuta saw Godzilla for the first time and became fascinated with the magic of cinema.

Without access to a camera, he started painting his own one-frame monster films, which later developed into visual storytelling through filmmaking.

In 2007, he moved to the United States to study film production at the USC School of Cinematic Arts, earning his BA degree in December 2011. He has directed several short narrative films including The Lost Samurai and Waking Up and was editor for the award-winning feature-length documentary, Resistance is Life. 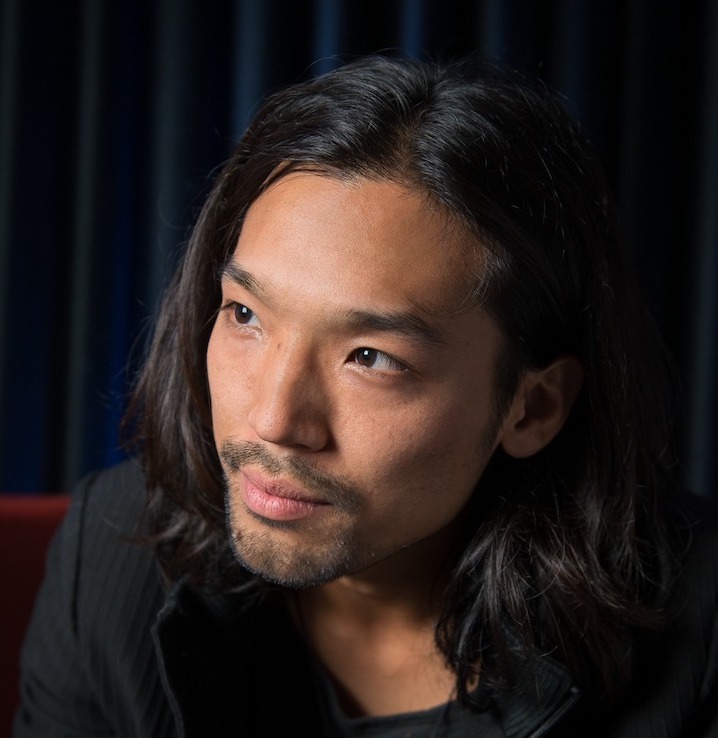